Located just inside of the DC Beltway, The Perl Conference will be hosted at the US Patent Office and Trademark Office (USPTO) in Alexandria, VA. This location is metro accessible, and is only two stops from the DC Airport (DCA). 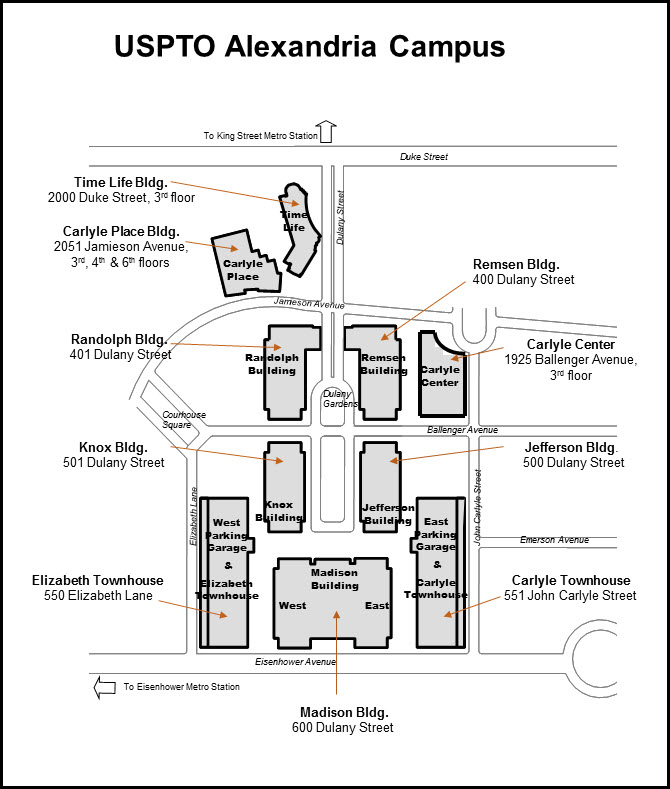 The USPTO headquarters also houses the National Inventors Hall of Fame, celebrating over 500 inventors and their work.

Also see the wiki page, Conference Venue and Parking Near Conference Center, for some more details!

The Washington Metropolitan Area Transit Authority provides both trains ("metro") and busses. The closest Metro stop near USPTO is "King Street / Old Town", which is less than a 10 minute walk.

At any metro station purchase a fare card. Most trips are less than $3, and the cards work on both Metro Trains and Busses.

There are 3 major regional airports. The most conveniently located is DCA / Reagan National, which is 2 metro stops away on the Blue and Yellow Lines.

There is a local Amtrak station in Alexandria, and a large regional train station in DC at Union Station. Trains service the East Coast easily, and country as a whole with some transfers.

King Street is the main business road in Old Town, Alexandria, VA. This street is lined with restaraunts and shops and is very walkable.

Smithsonian and other Museums

There are many Smithsonian Museums located the National Mall, including the National Air and Space Museum and the recently opened National Museum of African American History and Culture. Unlike most museums, these are FREE!

Part of the National Park Service, the National Mall and Memorial Parks include the Washington Monument, Lincoln Memorial, and many other icons of the nations capital.

These locations are almost always open, and always free.

Many buildings in DC are open for tours, including the Capitol Building. Be sure to check ahead of time to see if there is any cost or reservations needed.

Located near the NSA headquarters, the National Cryptologic Museum is a small treasure of history and devices used for cryptology.

Near dowtown Baltimore, the Harbor has many tourist attractions, including the National Aquarium. If you visit the aquarium, be sure to reserve tickets ahead of time!

Located a bit north of the National Mall, the International Spy Museum exhibits include displays on the history of spies, cryptography, spy gadgets, and famous spies.